Gomariz is known as the “Golden Mile” of the Ribeiro. Since the 10th Century it is the oldest wine producing land on the Iberian Peninsula.
Coto de Gomariz was founded by Ricardo Carreiro Ameijeiras (Caco)in the 70’s when he managed to get back to his birth land after emigrating to South America like many other Galicians to live their dream: to make wine that would be recognised all over the world and bring Gomariz back to its glory as a historical wine producing area.

Among his achievements in winemaking there is actively helping the DO Ribeiro after being secretary of the Council of Leiro, where the first Galician cooperative was founded in 1957; and also writing the first bylaws of what would later become the DO Ribeiro.

Gomariz is known as the “Golden Mile” of the Ribeiro. Since the 10th Century it is the oldest wine producing land on the Iberian Peninsula and it is known for having exceptional characteristics for growing vines.

(We explain a little bit more on this point in: The Most Remarkable Historical Context) 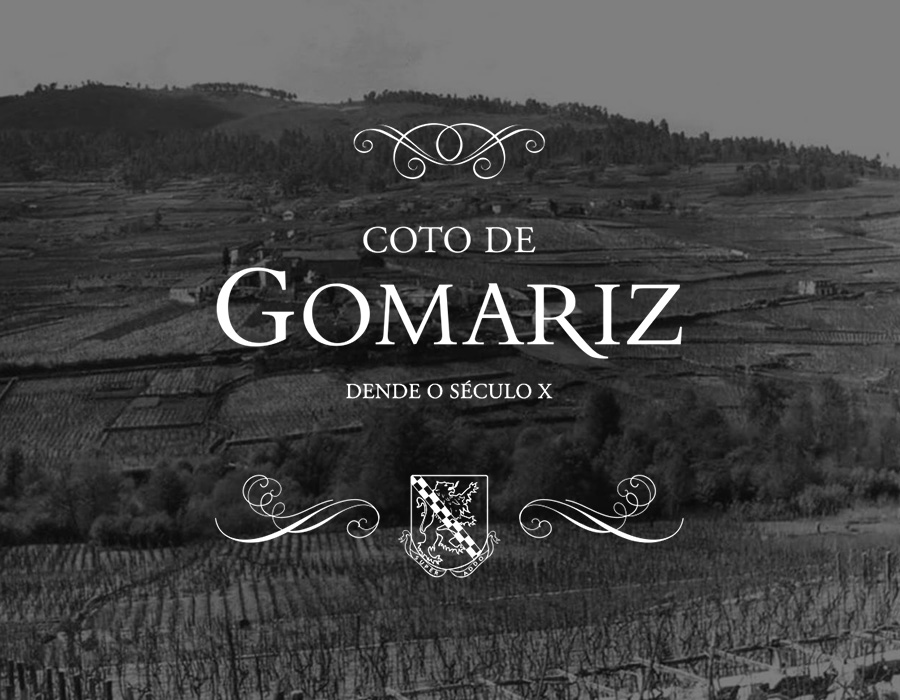 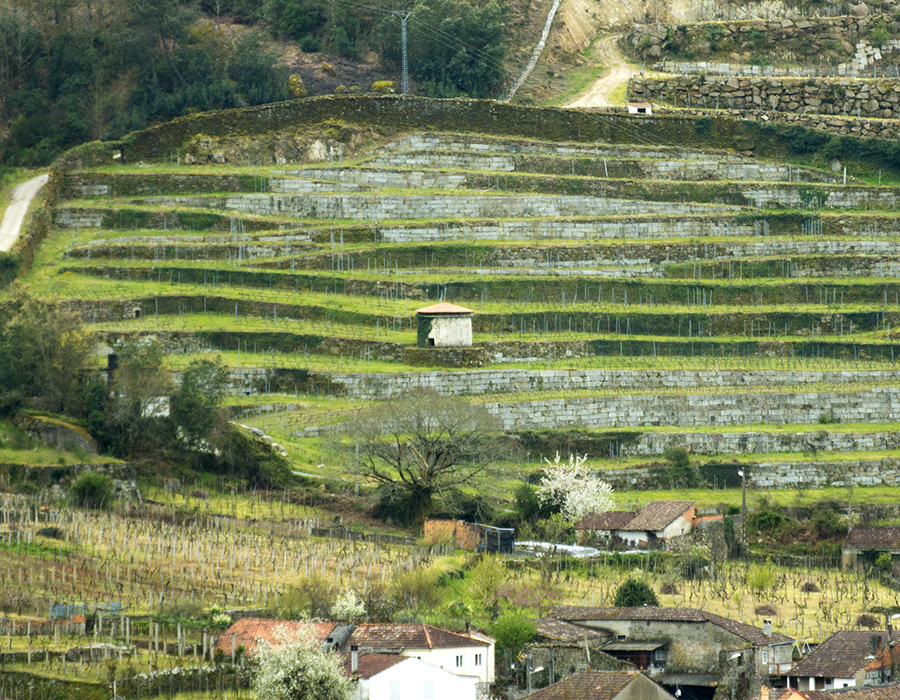 In the year 2000 Ricardo Carreiro (Junior) got involved in the project and with the invaluable help of the winemaker Xosé Lois Sebio, they converted Coto de Gomariz in the most avant-guarde winery in Galicia. Complementing old, family-planted vines with new modern ones with a clear vision on maximum quality and expression. In their mission, they included the unprecedented production of oak-aged red wines, almost forgotten in Ribeiro at the time.

In 2004 they established vineyard management that focused on ecological practices, applying rules of biodynamic agriculture like for example the theories of Fukuoka in respecting the conservation of the soils. Without being certified, they follow and have maximum respect for the ecological biosystems in the vineyard.

Ricardo Carreiro Ameijeiras died in 2008, his wife Maria in 2012. The name of the winery has been changed because of family ties with Maria Álvarez Serrano as the beginning to Hros. de María Álvarez Serrano and finally, in 2013 to The Flower And The Bee SL, like its best-seller.

In 2009, Inma Pazos along with Miguel Montoto join the team and begin to design an ambitious project (Los Vinos de Miguel).

This is how we have managed to become the winery that exports the most in Ribeiro: selling more than 50% of the production to more than 25 countries around the world.

The winery was built in 2000 with integrated architecture and modern installations that allow nearly 200.000 bottles of wine across all the projects. The maximum production capacity is 300.000L in different vessels and of various capacities.

History makes Gomariz one of the most important and prestigious regions.

During the medieval times, the area of Ribeiro was without a doubt the most important wine growing region in Galicia.

The most important religious estates, as well as laic and royalty of the epoque, are all actively involved in this prosperous region: just like the documents that have been conserved all these years prove – the wealth and riches that the wine world had in medieval society.

The Monasteries, the Sistine and Benedictine orders settled in the Ribeiro. Coming from France and Germany where grape growing was much more advanced, they started winemaking as an important part of their income allowing the region to prosper economically again in the Middle Ages.

Just like that, the monasteries, cathedrals and military movements maintained their presence throughout centuries, exploiting the land heavily and leaving their mark in a rich and varied way. Creating a unique culture in relationship to the vines and generating some fantastic-looking architectural buildings: nearby monasteries like Melón, San Clodio, Oseira, Santo Domingo, Lobás o the Palace of Beade and Pazos de Arenteiro along with the ones further away like San Paio and San Martiño de Santiago, the ones at Carboeiro, Acibeiro, Sobrado, San Xusto de Toxos Outos and the cathedral buildings in Oursense and Santiago left their presence in form of art in the churches and in the wine world, terraces and farms built up like true, jewels of architecture preserved for centuries and now are a real claim to history through wine, not only in Galicia, but all over the Iberian Peninsula.

This type of architecture related to the workings of wine in Ribeiro and the medieval centuries are unique picture in Spain, finding in these moments – although be it still in inventory phase – more than 40 examples belonging to the 13th to the 16th Centuries only in the valley of the River Avia.

Wine in Ribeiro underwent an important change and, during the 14th to the 16th Century, the proof of that was the Maritime Routes that crossed the Atlantic Ocean, exporting also to Belgium and to Great Britain. 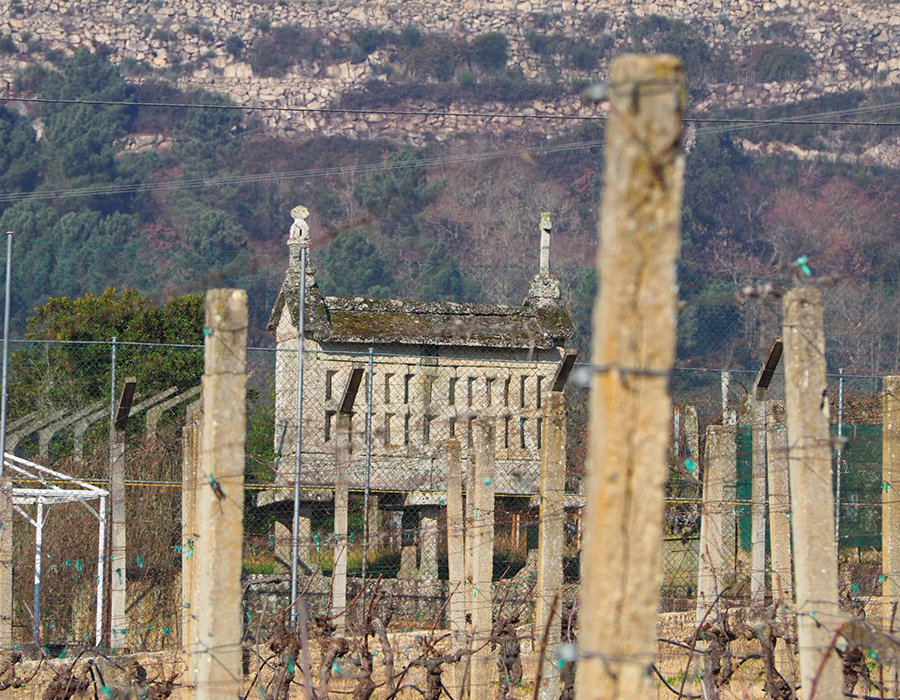 Ribeiro wine was actually onboard the ship the Nao Santa Maria that took Christopher Columbus to discover America in the year 1492!

Wine is a big part of this territory. Historically it was and still is the corner stone on which the inhabitants have built their lives, that over the centuries has allowed a different culture to be born in the material and non-material, something that the “Museum of Wine of Galicia” explains in the old rectory of Santo André de Campo Redondo.

The power of the church and the Cathedral of Santiago is very much attached to wine and Gomariz is located at the foot of one of the many paths that since the Middle Ages and during centuries has been used by pilgrims and walkers from Ribeiro to Compostela Pontevedra, A Coruña and other places; taking with them the precious wines, the economical sustain of a farming society that, as we’ve already mentioned, was and still is an important part of this oenological activity.

The Phylloxera, and even before, the downy and powdery mildew that came from America, were the real culprits for foreign varieties of grapes being planted along with the market of Speculators of wine “Matuteiros” that destroyed the good name of Ribeiro during decades. This meant that the wines produced were much lower in quality, less attractive and producers were only interested in the quantity.

Since the 1980’s some intrepid and revolutionary winemakers have passed once again over to the side of excellent wines. Producing wines from their own vineyards, with traditional vine management methods, they are bringing the region back to its former glory.

This began the new lease of life in Ribeiro.

TESTIMONY TO A UNIQUE PAST

The medieval farms are places thought out and created by the Sistine monks to be able to make the most of the land nearby and also to facilitate receiving money from renting them out.

They are the main source of income for the monastery, in a special way that those places furthest away from the actual monastery can act as they wish and gain more authentic control over their own land and heritage. At the forefront is the farmer, sometimes a friar or even just a simple spokesman who would be in charge of organising the work on the farm, buying, selling or working the land, but always with the go-ahead from the abbot. They also had to give and take money from the monastery and hand over rents paid or give out permission to harvest grapes whilst controlling the harvest in terms of dates, payments with the help of other friars. When it came down to working in the vineyards, they would have at their service temporary workers who, in their contracts, would have written in clauses about how many days they would work and what services they would provide. The so-called butlers would finish helping with the harvest and everything to do with it.

In this unique chapter in which history, art and wine merge together, farms such as Partovia, Outeiro; Osebe, A Groba and especially the one in Gomariz are exceptional examples, some might say even unique.

The case of this one built in Gomariz in pure Roman style, still conserves today the different tools and utensils intended for its very use. It could possibly be one of the oldest in Spain. Surrounded by vineyards, as it probably would have been since its beginning, the access portal is made up of a semicircular archway that gives way to a rectangular auditorium of considerable height, facing north-south and, imitating contemporary churches, corbels located under the roof.

It’s a grandiose example in both a physical and architectural way, huge and fabulously built and cared for by the monks of the monastery of Sobrado until its closing in the 19th Century. From a historical point of view, there is a monk mentioned in his beginnings on the farm in the year 1206 under the name Pedro Abatino “Friar of San Justo and farmer of Gomariz”. He also carried out tasks of buying and working in numerous proprieties, a mission that would carry on through his successors. In this same period of time many spokesmen are also mentioned like Pedro Yáñez, Meunio or Pedro Díaz. From the end of the Alto-Medieval period the monasteries of Sobrado and Toxos Outos are present in the parish.

Apart from these singular examples, there are other smaller, but not less important, wineries of different types all over the Ribeiro. They were all built maintaining the functionality and preserving the hillsides as well as the typical construction elements of the time.

We would have to add to this enormous heritage the numerous churches built in Roman and Baroque styles – the monasteries, chapels, medieval bridges of San Clodio and A Veronza and the numerous stately homes and larger houses that are testimony to this great splendour and wealth forged from wine overtime thanks to the local rental income that, after the confiscation would be converted into an important legacy of the land and wine culture leaving behind the religious institutions.