Gomariz is located on one of the banks of the River Avia.

The Ribeiro of the Avia is located on the tectonic fracture N-S, that articulates a large number of fluvial tributaries, the main one being the River Arenteiro. The banks and plains that surround it, the peneplains of the S. Amaro on the left and the sierra Pena Corneira and the Faro de Avión on the right guide it and protect it north to south before leading into the great Galician river, the Miño, just under Ribadavia, creating a terraced countryside to the west.

All of the valleys that the Avia forms with its tributaries are in a V shape and show a progressive narrowing of channels in pre-existing tectonic fractures at the headwaters, called here “bocarribeiras”.

This results in the plots sometimes being needed to planted on terraces or Socalcos on gentle slopes. 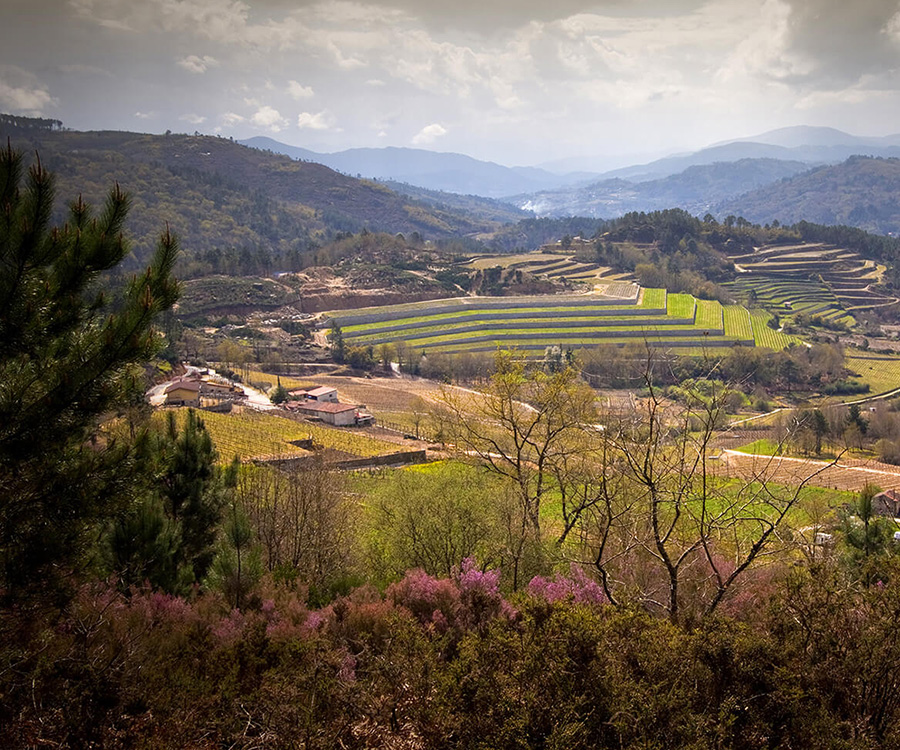